The Puch Maxi is a moped that was manufactured by the Austrian manufacturing company Puch through the 1970s and 1980s that is well known for its reliability, ease of maintenance and fuel economy (up to 120 mpg). These mopeds gained wide acceptance during the 1973 oil crisis and are still widely available for aftermarkets, and mint examples are still valued by collectors today. It is started using a pedal start mechanism where the user provides the force needed to start the 49.9 cc two stroke engine, or can be ridden like a bicycle when the engine is disengaged. The later models feature a kick start mechanism.

SHOW OFF YOUR PUCH 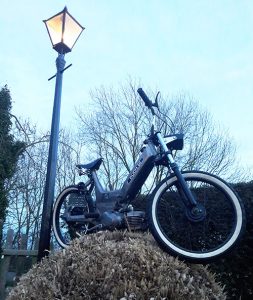 Upload your Bike and show the world!

This is a demo store for testing purposes — no orders shall be fulfilled. Dismiss